UKRAINIAN EXPERIENCE IN THE “GREEN DEAL” IMPLEMENTATION. CONCLUSIONS OF THE NATIONAL DIALOGUE ON “ENVIRONMENTALLY FRIENDLY PRODUCTION”

On July 19, 2021, another public discussion was held within the National Dialogue “Food Systems Transformation: Ukrainian Context” under the auspices of the Ministry of Agrarian Policy and Food of Ukraine, the Ministry of Economy of Ukraine, and with the support from the Food and Agriculture Organization of the United Nations. The discussion of environmental protection within the context of agricultural development is related to the issue of global warming and the consequences humanity is already actively facing.

The event moderator, Olena Kovaliova, Director of the National Research Institute of Continuing Education of NULES of Ukraine, shared the key guidelines of the second priority area “Environmentally Friendly Production”, which is to be the basis of the country's presentation at the UN Summit. The path to Ukraine's climate neutrality will cover various areas, including the Ukrainian Smart Green Deal, ensuring resource efficiency and environmental production, bioenergy, practical steps towards inclusive food systems, efficient agrometeorological services operation, the transformation of irrigation and national policies in line with UN Koronivia Joint Work on Agriculture. 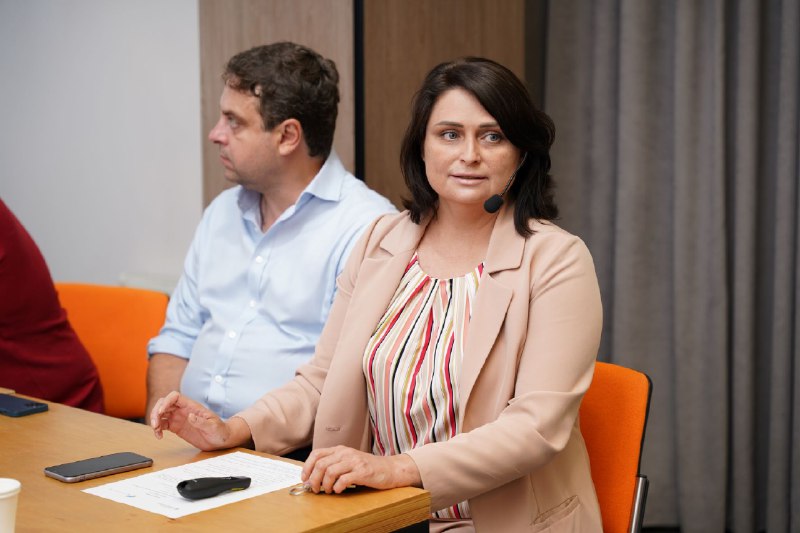 Ukraine and the European Green Deal

“The development of environmentally friendly production is a determining factor in the sustainable development of agriculture. The European Green Deal sets out a roadmap, where we can find ways to implement reforms in Ukraine and to change ourselves in line with the recent environmental challenges. Most changes are related to the temperature regime, which, unfortunately, has shown a clear upward trend in recent decades,” said Roman Leshchenko, the Minister of Agrarian Policy and Food of Ukraine, in his opening speech during the meeting. 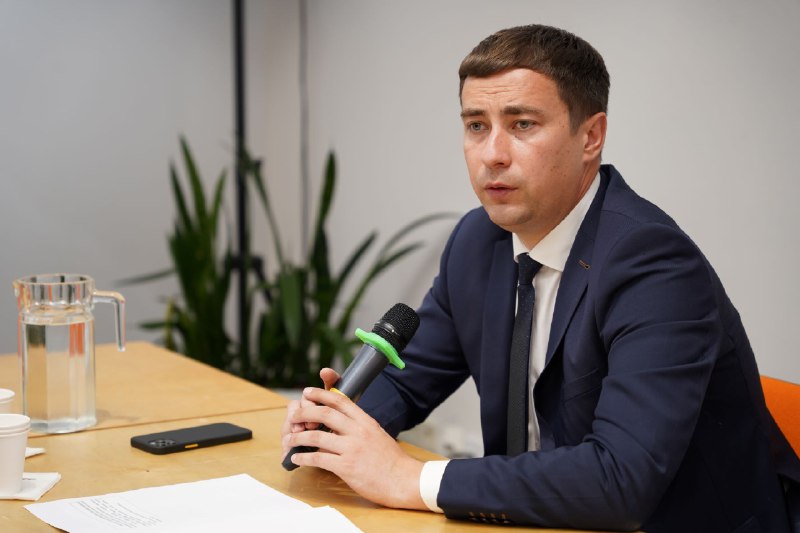 Agriculture and natural conditions are interdependent, which all the dialogue participants agreed upon. “The climate is changing rapidly, and these changes are obviously having awful consequences, like increased number of natural disasters, destruction or devastation of quite large areas, including production ones. On the other hand, it should be understood that food systems have an impact on climate change,” added Mykhailo Malkov, FAO UN Coordinator on Government and Donor Relations in Ukraine. Climate policy within the context of environmental change is an important component. This document development (climate policy – ed.) should take place in line with the UN Koronivia Joint Work on Agriculture in the main areas, comments Mykhailo, namely: soils, exploitation of natural resources and their residues, water resources, livestock, feed and waste management, and whatever being related to social and economic parameters.

It is very important for Ukraine, as a participant in the dialogue, to be involved in the European Green Deal initiative. After all, it is a global trend. By ignoring the challenges we are facing today, we are at the risk of falling out of the current context and, as a result, becoming uncompetitive in the international arena. However, most dialogue participants agreed that Ukraine in the context of the European Green Deal already has its positive developments and unique characteristic features, which is why the terms of this policy should not be copied but adapted to Ukrainian realities.

Our country, like other participating countries, is on the way to finding a solution as to a balanced system of financing all the necessary changes related to the Smart Green Deal. “The issue of making products more ecological has already overgrown a local European discussion and became a global one, so we can conclude that wherever we, as an exporting country, would go, almost everywhere our products will face new rules and regulations. Such rules will apply to animal welfare, packaging, production standards, and even product delivery routes. Therefore, currently, it is very important to get ready for the changes that will inevitably take place. However, the question of financing the changes required by production during its adaptation to the implementation of the Green Deal in the country is timely indeed. Ukrainian business is already asking this question quite loudly today,” commented Dmytro Los, the Chairman of the Ukrainian Business and Trade Association (UBTA).

Climate change, which has recently become quite sound in Ukraine and the world, is clearly related to the fairly active exploitation of natural resources by humanity. Oleksandr Krasnolutsky, Deputy Minister of Environmental Protection and Natural Resources of Ukraine, commented: “In Ukraine, ploughed land area is one of the largest in the world. This results in the loss of a significant number of unique natural areas and animals that used to live in these areas. Therefore, there is an idea to introduce the so-called “freezing” of the areas critical for being maintained to restore and save them.” 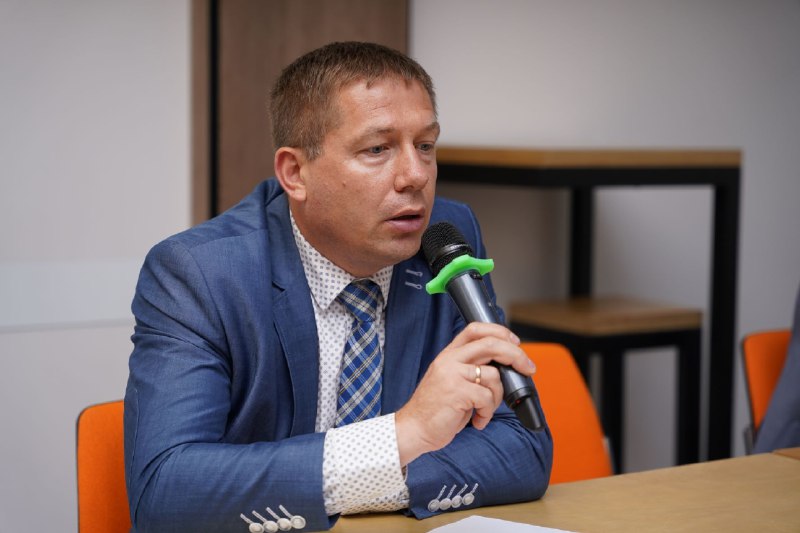 However, most of the meeting participants agreed that the situation in Ukraine is less dramatic as compared to neighbouring countries. “In the European Union, the discussion of the Green Deal is now developing under the vector of how agriculture can be efficient and at the same time – environmentally safe, and Ukraine already has positive developments in this area. We are afraid of external demands, but in reality, the Green Deal policy may ensure a future marketing course for the state as a whole,” said Taras Kachka, Deputy Minister of Economy of Ukraine, the Trade Representative of Ukraine. 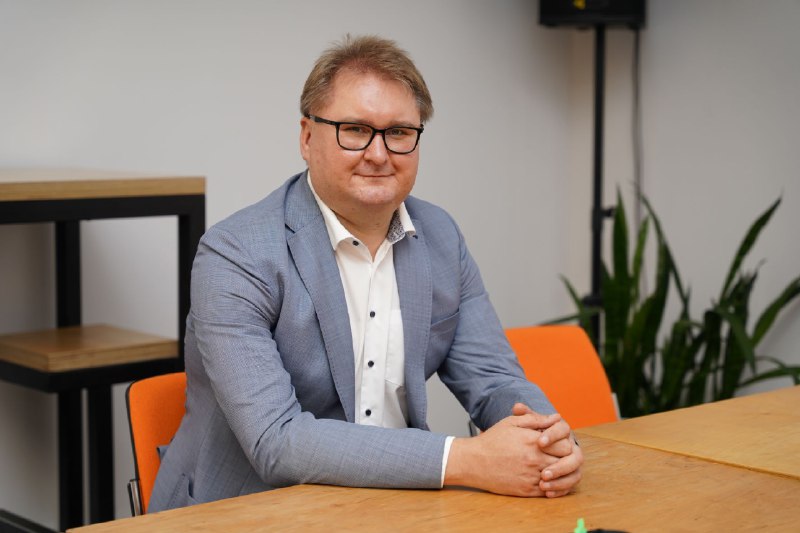 Taras Vysotsky, First Deputy Minister of Agrarian Policy and Food of Ukraine, summed up the meeting: “The Green Deal program should be adapted to the Ukrainian realities. The development of measures within the trend “Environmentally Friendly Production” is shaped as a dialogue, lined up with the understanding that feedback is essential for all participants in the process. State support for the implementation of the changes will focus on the motivation of agricultural manufacturers, but will also provide certain standards for products and production process.”

The event organizers plan to hold a series of discussions in the format of the National Dialogue and to set the remaining vectors of the future food systems transformation in Ukraine.

UBTA IS PLEASED TO WELCOME ANASTASIA KOKA, A BELGIAN BUSINESS PROFESSIONAL AS A STRATEGIC ADVISOR TO ITS BRUSSELS OFFICE
17.09.2021